as compiled by Geoff Cunningham

It must be recorded and remembered that the conduct of the office was much more than just Real Estate.  Early advertisements reveal that the following were everyday activities within the office, even in the earlier days of DOEPEL & CHANDLER.

In the early year of 1901 the office was appointed DISTRICT SUPERINTENDENTS OF COMMERCIAL UNION ASSURANCE COMPANY as well as LOCAL SECRETARIES AND DISTRICT INSPECTORS for the NATIONAL MUTUAL LIFE ASSOCIATION and SHIPPING AGENTS for the CANADIAN AUSTRALIAN STEAMSHIP COMPANY in conjunction with CANADIAN PACIFIC RAILWAY connecting with tours of Niagara Falls.  Tours were available to London from Thirty-five pounds and Sixty-six pounds.

Doepel & Chandler receipt showing the various activities of the business in 1915.

Soon it became apparent that the administration of the internal operations was undermanned and the opportunity arose to introduce Mr. G.V. Hirst to assist in this area.  Another name change resulted in 1932 – DOEPEL LILLEY & HIRST - although this partnership did not continue for any significant period.

Mr. Geoff Taylor joined the staff on the 23rd March 1933 as a 16-year-old.  The following year, Mr. Hirst left the office and Mr. W.L.H. Taylor who had been the local Agent for Barnett, Glass Rubber Co. and a golfing partner and friend of Mr. E.C. Doepel joined the partnership and the trading name of DOEPEL LILLEY & TAYLOR was registered under the BUSINESS NAMES ACT. 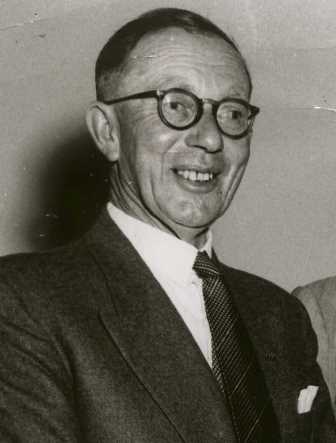 From early in 1934, Messrs Edmond C. Doepel, Val. Lilley and W.L.H. (Bill) Taylor established a very sound and harmonious partnership together with a well-serving staff of Fritz Marxsen and Geoff Taylor and a small inside typing staff and the rent collector Mr. Percy Bannerman.

On the outbreak of World War 2, both Geoff Taylor and Eddie Doepel enlisted in the Army and saw active service in the Pacific theatre.  Mr. Doepel served in a number of areas and rose to the rank of Major.  In the meantime the office had to cope with the many inconveniences of war, eg. Petrol rationing, pegged pricing, and the general hardship of many borrowers, who found it difficult to meet their repayments. The compassion shown by the partners, whose policy at the time for clients was –“if you can’t pay, then do the best you can and as long as you pay something, we will look after you”.

Mr. Doepel Snr. died in 1942 at the age of 84 years after, what could only be described as a long and fulfilling life.  He was indeed a wonderful and honourable man.

Not long after their return from active duty both Geoff Taylor and Eddie Doepel settled back into the routine of Real Estate.

Throughout the period of the Twenties, to the late Forties, the backbone of the administration of the office was FRITZ MARXSEN.  As the Office Manager and Accountant he was heavily involved in Rent Control, Insurances, and the Trust Accounts. Fritz was a strict disciplinarian and a chain smoker and maintained a strict control over the staff. He had a strong background and was well known in Rowing circles and a keen follower and supporter of the sport. 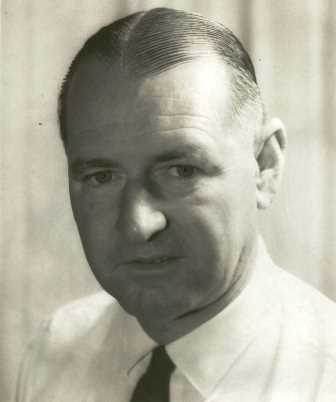 Fritz introduced Geoff Taylor to the sport as an active oarsman and administrator. Geoff acted as the Local Secretary to the Olympic Games in 1956 and later in 1966 he attended the World Rowing Championships held at Bled, in Holland.

Email Agent Regarding This Property